From volunteer to Habitat homeowner 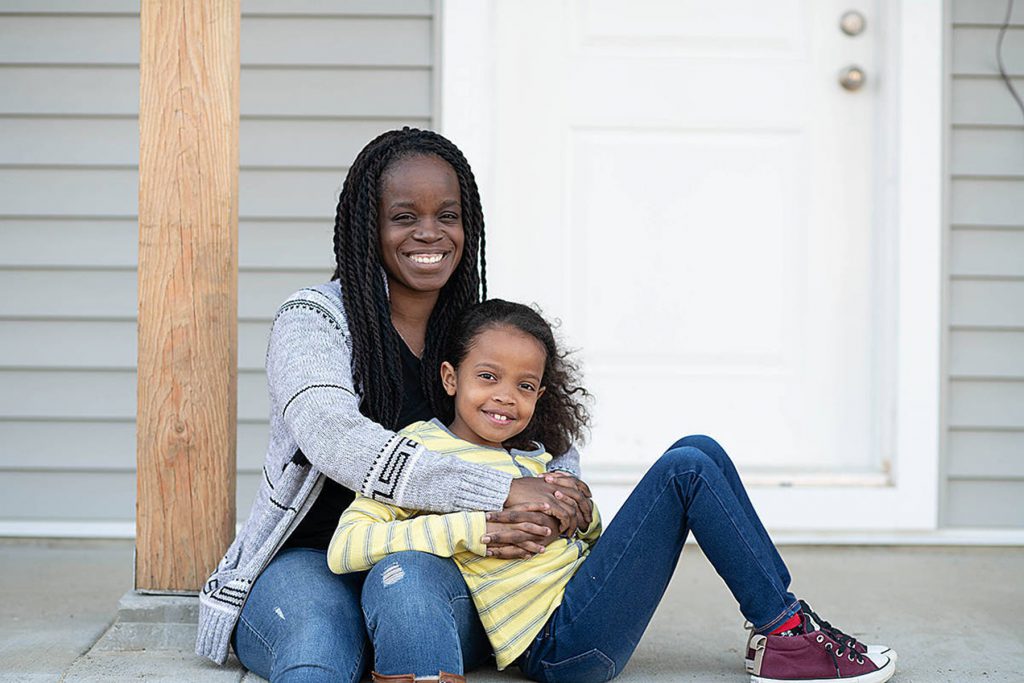 “I felt so discouraged in terms of ever being able to own a home,” says Marisa.

“I was just kind of down a lot of the time, because I thought owning a home was something I was never going to be able to do, and then in comes Habitat. It’s like a dream come true.”

Marisa learned more about Habitat’s mission while volunteering with her colleagues as part of an employee build on one of Habitat Vancouver Island North’s build sites.

“When the project manager was talking about who they build for I thought, hey, wait a minute — that’s me!” she says. At the time, she was living in a small apartment with her daughter, Nayeli, who had no space to play without disrupting their neighbours.

When she realized that Habitat provides working families like hers, with a no down payment, affordable mortgage to help bridge the gap between rental and market housing, she thought she might have a shot. Her boss encouraged her to apply, so she gathered all the necessary documents and met with Habitat’s family services manager to answer questions. A few months later, she found two Habitat staff sitting in one of the meeting rooms at her office.

“I just knew right away and I started crying, and everyone congratulated me,” she says. “It was a moment I’ll never forget.” She’s now unpacking boxes in her new home and, despite what’s happening in the world around her, she’s feeling more confident in her ability to take on challenges.

“I feel so much more secure now,” she says. “I know that whatever comes up in the future, we’ll be better prepared to manage.”

She’s part of the Habitat family now, and that kind of determination permeates everything the team at Habitat Vancouver Island North does. They’re always encouraged to innovate, in any way they can, to push the mission forward, says Karen, Habitat Vancouver Island North’s family services manager. And working together remotely to develop the key ceremony video is the perfect example of that.

“It’s really reminded us that even when we’re faced with situations where there’s a lot of limitations, there’s always a way to move forward,” she says.